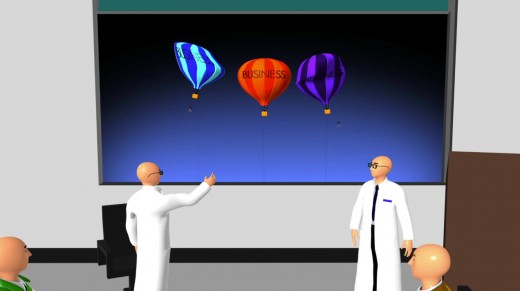 I am originally from South Korea, but have been living in the UK since 2003. I have been doing research and teaching on safety, design, human and system stuff. Upon hearing the traumatic news about the South Korea ferry accident on 16th April 2014, I felt frustrated, helpless, angry and guilty as many of us did.

Prior to this ferry accident, whenever I heard news about accidents (big or small) in South Korea, one part of me said that I should write something about system safety to the South Korean society. However, the other part of me said that one article would not make any difference. My priority was in dealing with my daily academic busyness, instead of doing something potentially ‘useful’ for many.

On the way to my office several days after the South Korea ferry accident, I felt somebody is telling me not to delay the long-awaited task of writing articles about safety. I was fortunate to be able to have the following three opinion articles published in DongA Ilbo (written in Korean).

I was even more fortunate to be able to work on the South Korea Ferry Accident Analysis with Professor Dohyung Kee (a visiting scholar from Keimyung Univ) and two colleagues of mine, Dr Patrick Waterson and Professor Roger Haslam. We presented the findings at the international safety symposium in Copenhagen in August 2014 and many internationally-renowned safety experts gave very sincere advice and heartfelt support.

The rest is history. It was not an easy eight month journey though. Our self-imposed deadlines were missed several times and we experienced the same tension between workload and economic pressure (as described in the animation) during this project.

From script writing, story boarding, modelling, rigging, mock narrative recording, rendering, sound effect producing to countless editing, it was a painstaking, iterative journey with great ‘fun’. Thankfully, we received a small amount of funding from the Enterprise Office, Loughborough University, just enough to get the project started. Without good will, dedication, persistence and commitment of three team members (Man Park, ChangGuen Park and SungJun Kim) and support from my academic colleagues (Patrick Waterson and Roger Haslam), it would have not been possible to make this animation. So I would like to give credit to them and appreciate the huge effort and sacrifice they made. I hope to believe that it was a well worthwhile effort.

“Excellent animation. Puts all the pieces together nicely. Fastest introduction to the “new look” in system safety you will find. ”

“Your animation makes the point brilliantly. Next step: Getting people to view it, digest it, and change behaviour.”

Don Norman, Professor Emeritus of both psychology and cognitive science, One of the world’s most influential designers, USA

“I have watched the video with much pleasure! What a great piece of work. It is this kind of medium that we need more of in order to get the message through to those who would never read the books on this stuff.”

“This is so thought-provoking, learning in complex safety-critical environments, blame v just culture.” 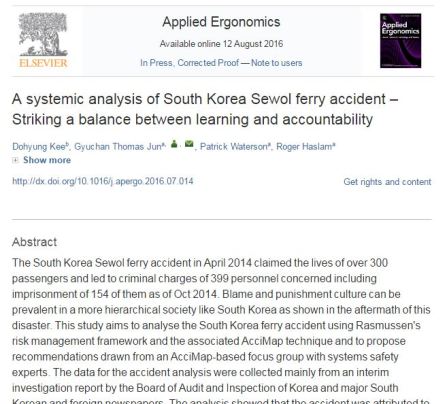 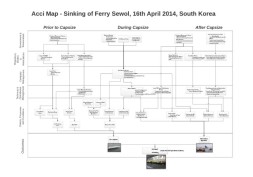 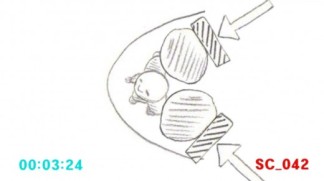 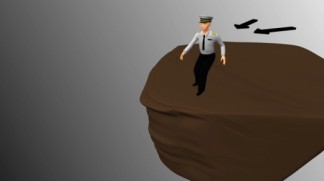 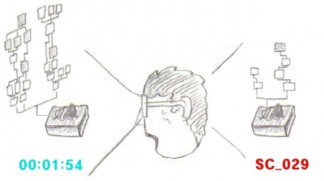 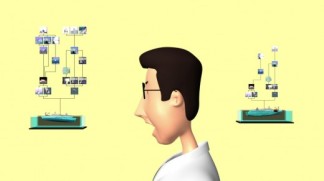 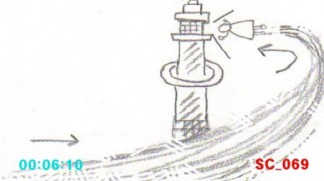 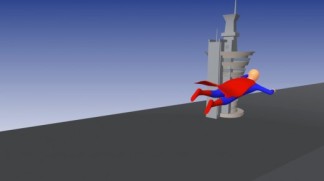 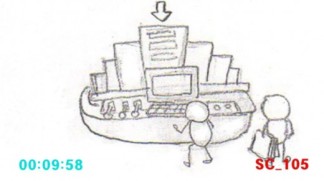 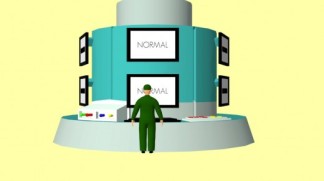 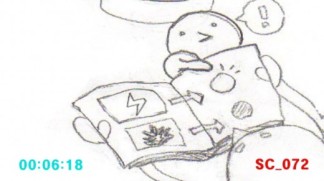 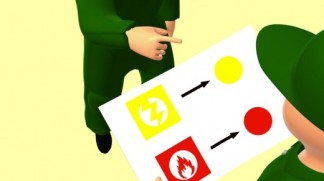 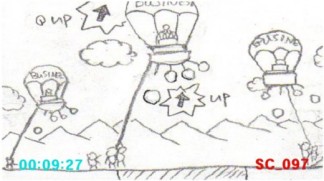 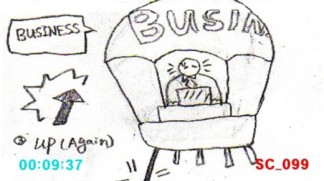 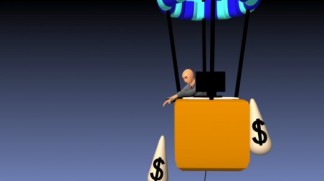 Hollnagel, E. 2014, Safety-I and Safety-II: The past and Future of Safety Management, Ashgate, Farnham.

Title : Two Contrasting Views of the South Korea Ferry Accident – Which Would You Choose?

This short animated documentary is based on the South Korea Ferry Sewol accident. The intention is not to reconstruct what actually happened, or to analyse why it happened. It simply asks us to think about how we can best learn from it, taking account of systems safety research over the past thirty years.

On the morning of 16 April 2014, the South Korea Ferry, Sewol, carrying four hundred seventy six people, sank on her way to Je-ju Island from In-cheon. In all, two hundred ninety five passengers died in the accident and nine bodies are still missing. Among the dead, two hundred forty six were secondary school students on their school trip.

There are two contrasting ways of thinking about this accident, which would you choose?

The first viewpoint is to see the causes of this accident in a simple, linear manner. There is no doubt that this accident was a man-made disaster: The captain and crew members were irresponsible; the shipping company owner was greedy; the marine operating inspector was negligent; port staff were careless, government officials were corrupt; and the coast guard was incompetent.

How well does this viewpoint explain the accident? The hindsight bias effect is a well-known research finding, relevant to accident analysis. It makes us oversimplify the complex situation confronting the people concerned and unfairly blame them.

The second viewpoint is to look at what influenced human behaviour. The accidents are considered not as a simple linear story, but a multi-faceted story with complex interactions between deep-rooted structural factors.

For example, the captain and crew members of the ferry loaded almost twice the legal limit of the cargo and did not secure them properly. They had to drain the ballast water excessively in order to hide their overloading, which reduced the ferry’s ability to bring balance back after quick turn. The inexperienced third mate took a turn too quickly and the ferry leaned to one side and capsized. There were several factors influencing the captain’s and crew members’ behaviour. The shipping operation company, Chong-hae-jin Marine, had a corporate culture placing high priority on maximising profit rather than passenger safety. The company had financial pressures, due to an illegal flow of money to the company owner’s family members and an affiliated religious group. The coastal liner business in South Korea was very small and loosely regulated. Culture in South Korea society at large was overflowing with a “quick-quick” approach.

Factors affecting human behaviour change dynamically. For example the captain worked under at least two competing pressures working for maximum profit and a desire for minimum workload. The captain chose a short, but risky route to make up for two hour delayed departure. At the same time the captain chose to take rest in order to work with minimum workload leaving only a six month experienced third mate alone in a steering house while sailing through the risky route.

The captain, in the past, worked under these pressures all the time and managed many successful sailings without any accident. The captain’s behaviour started moving towards the safety boundary. He had been considered as a very competent and experienced captain because he worked for the maximum profit with minimum workload. Before the accident, Chong-hae-jin Marine received several awards for logistics development perhaps thanks to the captain’s such behaviour. However, the captain did not realise how close he was to the safety boundary and continued to work for even higher profit with even lesser workload. Eventually the captain ended up crossing the boundary and momentary alignment with other weaknesses of the whole system led to the accident.

There were so many people involved in this particular accident including ferry crew members, staff and management of Chong-hae-jin Marine, marine operation inspector, Vessel Traffic Service Centre operators, rescue team members, coast guard, and officials in Korean Register of Shipping, In-cheon Port Administration and government ministries. All of them were crossing back and forth around the safety boundary and momentary alignment and combination of these factors led to this accident.

How would you look at human in the system?

The first viewpoint is that humans are simply a potential threat to safety in the complex system and often root causes of accidents.

However, the second viewpoint is that humans are heroes in the complex system who can keep it safe. In the modern society, many systems have become increasingly complex and there are many scenarios happening which we cannot predict. The scenarios that safety procedures or regulations can cover are very limited compared to a broad range of unpredictable scenarios we are facing every day. Only humans can adapt and appropriately respond to any unpredictable scenarios to prevent any potential disaster. It might be a real paradox, but humans could be hazards but are heroes who are essential to keep the system safe.

What differences would your viewpoint make in our response to the accident?

The first viewpoint, looking at humans as hazards, will focus on finding individuals accountable for and to be blamed. When blame culture is dominant, people tend to be very defensive and focus on avoiding their responsibilities. Accident investigation is very likely to end when people accountable are identified, blamed and punished. When new people are put in place for the same positions, they will eventually be under the same pressures for the maximum profit. Besides, a human’s desire for the minimum workload will inevitably lead to the similar accidents again and again.

When looking at the accident in the second viewpoint, we acknowledge that accidents happen due to multiple and complex factors. We still need to make some individuals accountable for the accidents when appropriate, but know that only responding to calls for accountability is not likely to lead to justice or to improved safety. The focus of the accident investigation is not just to identify people to be punished, but to understand economic, social and political factors influencing human behaviour. We acknowledge the positive contribution human is making and try to learn lessons by doing research on how human successfully manage complex dynamic situations.

We are living in the era of fierce global competition. We have to face the fact that no organisation is just in the business of being safe. Every business can survive only when keeping it profitable as well as safe. It might be inevitable that organisations will operate near the safety boundary.

Only when we take into account the fierce competition the businesses are facing, complex mechanisms that accidents take place and the contributions humans can make, meaningful lessons can be learned and systems safety can be improved.

Ultimately, our safety in future relies on how we view the accident and what actions we take thereafter.

This work is licensed under a Creative Commons Attribution-NonCommercial-NoDerivatives 4.0 International License

We aim to understand and design the interactions between people, products, technologies, environment, services, procedures, policies and culture which, when combined, form complex socio-technical systems.

Your View on a Safe Shipping?

Your View on a Safe Society?